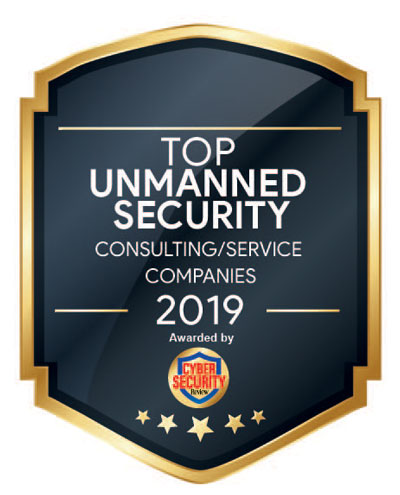 Unmanned Aerial Vehicles (UAV) are making inroads to commercial space and are being leveraged by businesses across all sectors for a wide range of activities. Several enterprises are choosing drones for increasing efficiency by reinventing old business ideas. For instance, Amazon is testing UAVs for delivery, and DPDHL had already launched UAV delivery service. Enterprises are also widely using security drones for aerial overview surveillance. Drones can guard more extensively than human guards and are more discrete in tracking intruders. Backed by such transformative potential, they are rapidly entering the global security market. This has prompted many security service providers to offer UAV surveillance for home and office security, and border security, in their list of services.

To this end, The World Protection Group (WPG)— an international security firm based in California— which specializes in executive protection, has integrated drones into its services. Being at the forefront of innovation for years, their team uses a fleet of industry-best DJI drones – DJI Mavic 2 Enterprise Dual, DJI Sparks (technical specifications), DJI Mavic Pro Platinum(specs), and DJI Phantom 4 Pro V2.0. Using drones empowers them in maintaining complete discretion, loyalty, and confidence in security operations. They employ drones for various tasks like estate air patrols, surveillance and counter-surveillance, SWAT Support, active shooting, search and rescue, route planning, risk and vulnerability assessments, and many more. WPG is a member of The Association for Unmanned Vehicle Systems International (AUVSI)– world’s largest nonprofit organization dedicated to the advancement of unmanned systems, as well as of Drone Pilot Aircraft Owners & Pilots Association (AOPA).

WPG’s diverse clientele includes high-profile individuals like political dignitaries, celebrities, corporate CEO’s, and their staff. Additionally, WPG provides services to enterprises, including entertainment organizations and corporate security. They guard offices of enterprises, usually securing their information and movable property. At all times, they keep updated with the latest technology, so that clients are more resilient against security breaches.

Kent Moyer, the CEO, mentions, “By the time a technique or technology becomes widespread, our executive protection agents have usually already amassed years of experience and training using it in their operations.”

By the time a technique or technology becomes widespread, our executive protection agents have usually already amassed years of experience and training using it in their operations

WPG integrates both manned and unmanned security operations. Moyer adds, “Implementation will often include both electronic security systems and trained executive protection agents to manage access control and respond to threats, as well as optimizing your security policies and procedures and providing security awareness training for your employees.” The company also gives security consulting services.

Established almost two decades ago, today, WPG holds a legacy of providing high-performance and cost-effective security. In 2018, they even bagged the Los Angeles Award for superior services. One anecdote testifies them as a first-class security provider. Some time back, they served a client who has an estate in Los Angeles. The client was concerned that the safety of his estate was under threat . Especially because the electronic security system was defunct as it was running on a technology that was lacking behind in time.

Moreover, the client’s previous security vendor was delivering an inefficient service. At such a circumstance, WPG’s team came to rescue. Their team laid out a plan that they would optimize the electronic security system by updating it to the 2011 standards in a year. Finally, the client was satisfied because WPG provided quality improvement of security, and that too, at a cost-effective price, which was almost half the cost of what the previous vendor estimated.

Owing to such distinguished services, WPG has earned a reputation in the market. This has lead them to expand their business by creating the subsidiary –001, the world’s only luxury company in EP and threat management. Following the same track of ensuring proactive and preventative protection, they will continue to create the benchmark of being the “Gold Standard Executive Protection in USA and Worldwide.”

Description
The World Protection Group (WPG),the Gold Standard Executive Protection in the USA and Worldwide is a company which specializes in executive protection, corporate security, close protection training, and uniformed security. It was founded in 2001 by Kent Moyer, a respected authority on executive protection and threat management who has years ofexperience in managing threat cases for high profile corporate and individual clients. WPG works on the philosophy and techniques which are based on the U.S. Secret Service method of proactive and preventative protection. They use both manned and unmanned security in their operations to ensure the highest level of security to clients